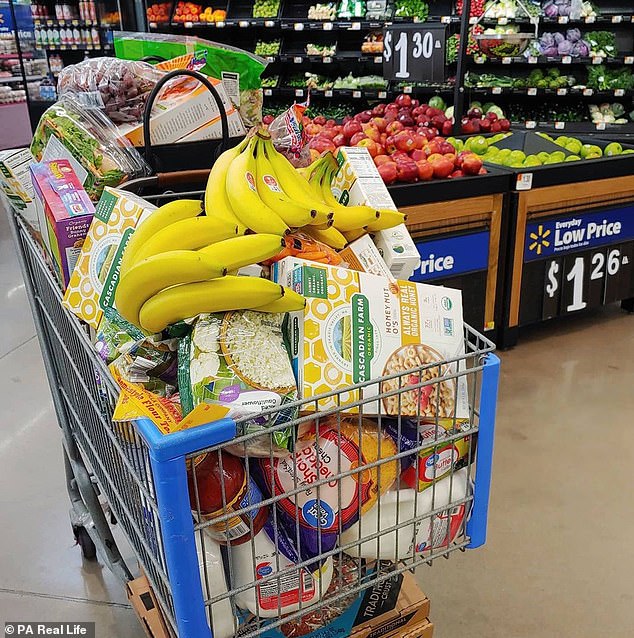 The kids wear hand-me-down clothes and shoes, with stay-at-home mother Courtney does some sale shopping to save some money.

Courtney and Chris, who were both homeschooled, say they love teaching their children on their 12-acres of land – which also has a farm.

And the devotd mother said that it helps her to ensure all her children get attention and nobody feels left out.

She admits that she’s been criticised by strangers for having so many children, and so close together.

‘The people who ask how I can give all my kids enough attention are usually those who send their kids off to school,’ she explained.

‘I do not understand their logic when I am around my kids 24 hours a day.’ 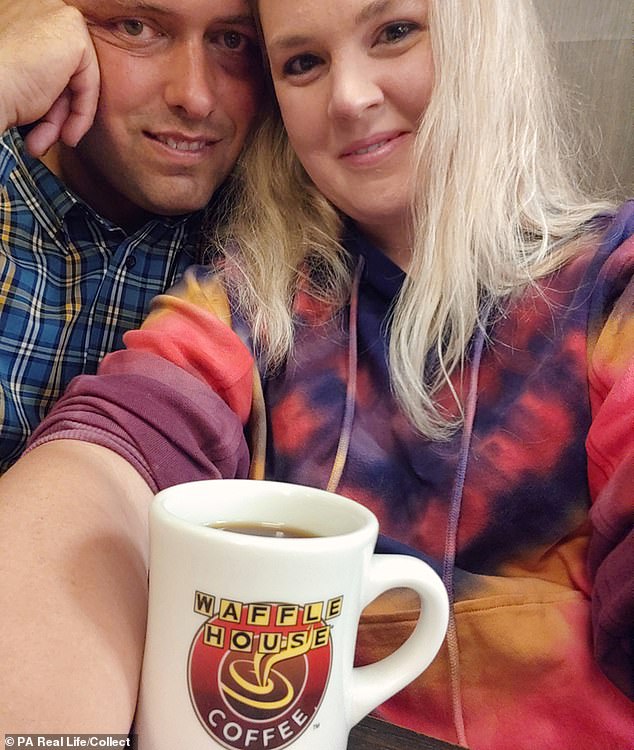 Courtney who lives in Santa Fe county, New Mexico, was a virgin bride when she married pastor husband Chris, 32, in October 2008 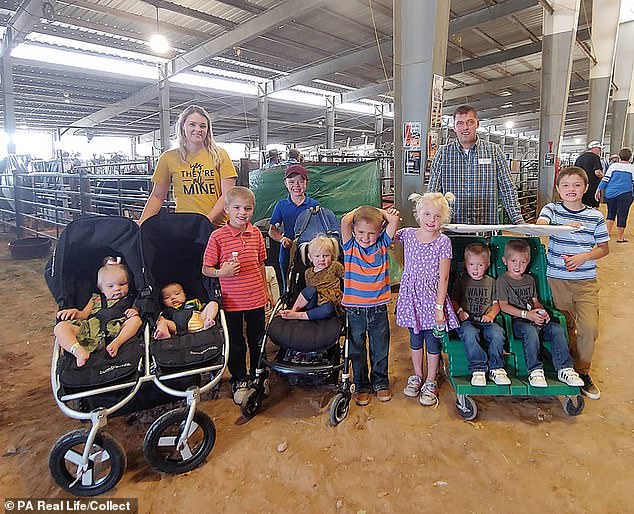 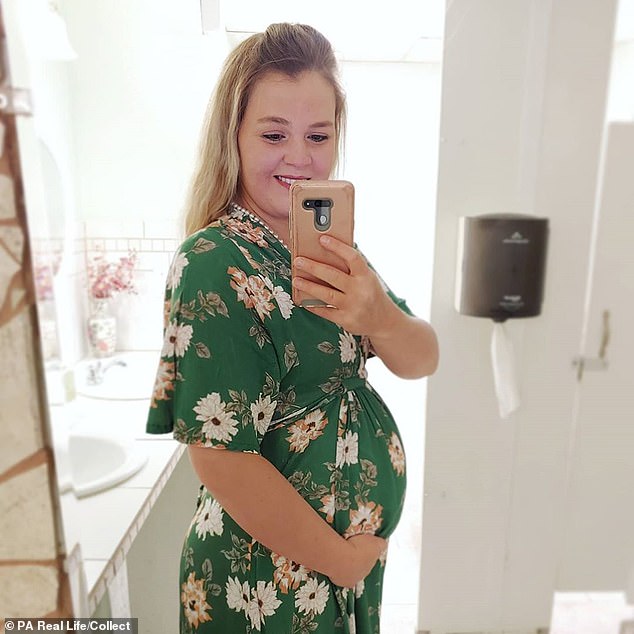 But the doting mother insists she’s not done having babies, and says she wants ‘to have 12 children’ 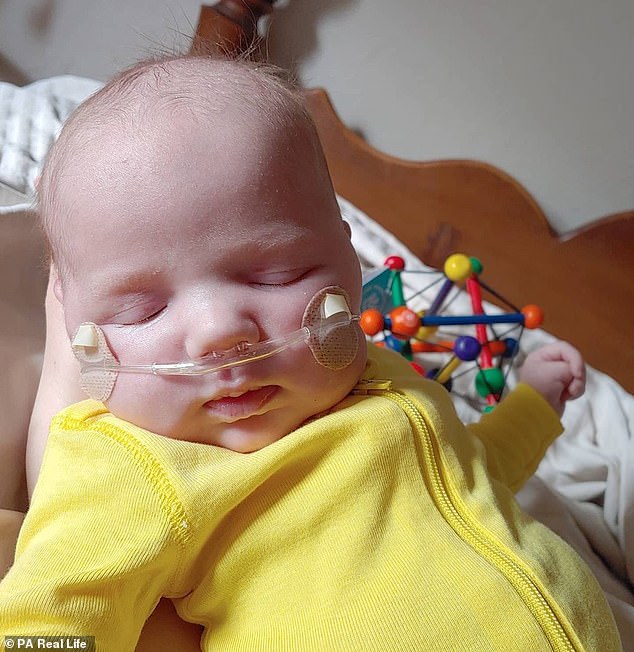 She said that homeschooling means that ever lesson can be easily adapted, and she’s not forcing her children to sit still for hours at a time.

The flexibility allows them to run around outside and feed lambs between lesssons.

Courtney, who also teaches local kids at church Sunday school, explains she’s ‘more like a tutor’ and sometimes has ‘four kids queuing up’ to ask her maths questions while she’s changing nappies.

She has had seven vaginal births, two C-sections (one of which was to twins) and also sadly had two miscarriages. 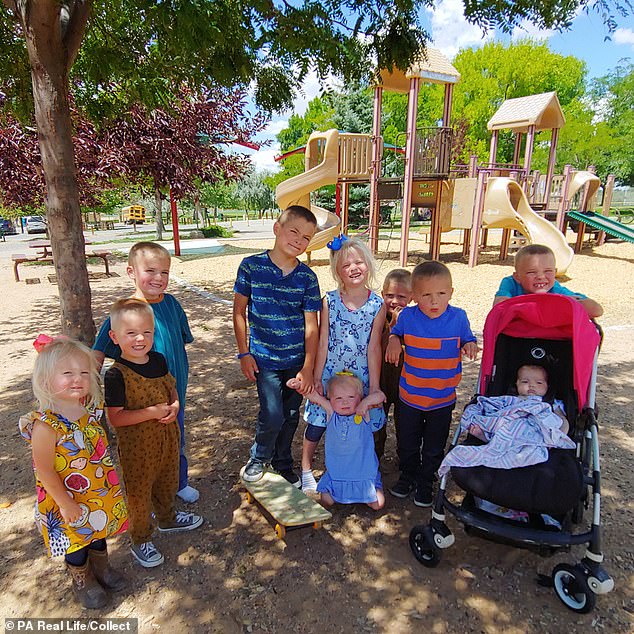 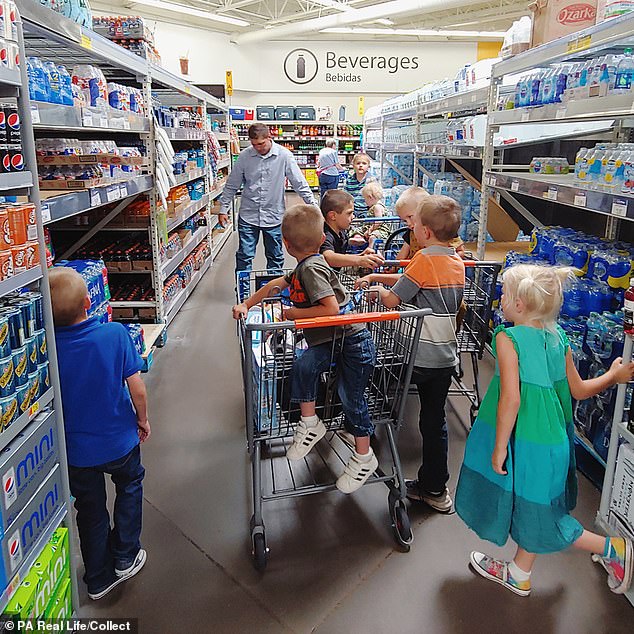 Courtney, who has never suffered with morning sickness, said she ‘loves being pregnant’ and thinking about what her latest child will be like and picking out names.

She doesn’t like using birth control but says it isn’t for religious reasons, and just ‘doesn’t like the idea of taking a pill’.

The parent’s wake early, around 7:30am, and Courtney called mornings ‘the most hectic part of the day’, but her older children lend a helping hand and have chores to do. 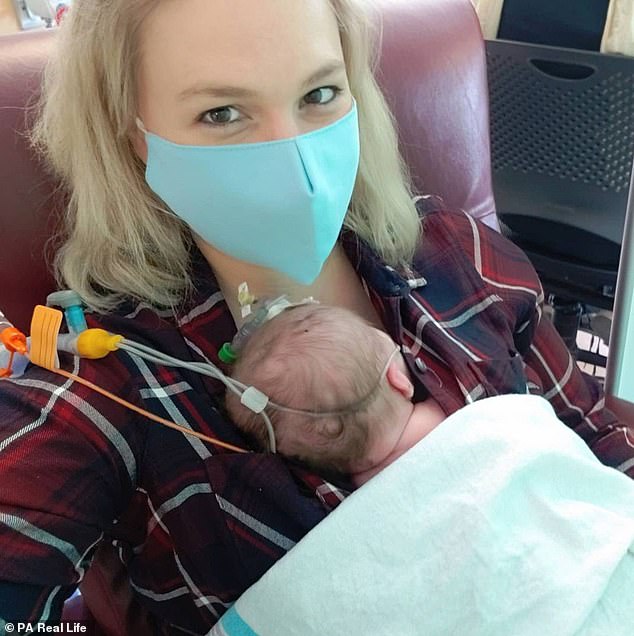 mother’s of all nation